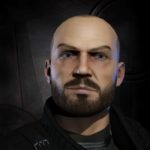 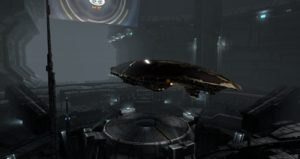 Because I have some alt’s for producing stuff amongst other things, while my main destroy ships in faction warfare and because I train for some capital skills at my main, I started the idea to produce capital ships.

This is a huge venture and will consume billions of ISK for buying several BPO’s before I can even start. But fortunately a mate have some of the BPO’s I need and he is willing to share them with me.

So the steps I finished planning so far are:

The steps, which still need to be planned:

I don’t want come into a rush about this and will check all my calculations over and over again, but if it’s worth and if I have a solid plan, with all questions answered, this will be my next task for my alts, while I shoot more caldari scum to free the gallente space. :)

So stay tuned. Maybe I will create a twitch channel about capital construction, if I start.

Yeah I know, I promised to be more active and to deliver more financial report’s, but several aspects were against me.

First of all: The Division. To be honest, I really like settings like this. End of days scenarios are great. And I really had fun before all this falcon lost glitch/exploit thingies. Maybe I’m too old to see, why I should use exploits. I mean, what does it say about my skill?
So, yeah. I played a lot The Division in the last weeks since release.

Another timesink was my work, as always.
There were several workshops all around europe, so I had to travel a lot. Much more than I expected before. Damn parental leave of two collegues.  I really hope to have a bit more time yet until summer.

Last, but not least several projects around Eve and some beside of it.
I trained some alts to be part of the great Red-Frog logistics. I used it a lot, before and I will use it much more now. The Red-Frog guys are great. Some really nice player with lot of experience, how to haul (mostly) save.

I also read and watched all around the Fanfest. It was a pleasure and I was really jealous not to be there. I promised to myself to fly to Iceland next year and already started to save some money for it.

There some good summaries out there. Go and read all about the stuff that will happen this year.

So all in all I had not that much time for my industrial stuff in eve. I have done some inventions and built some stuff. But that’s all.

The result is: Not that much profit for the last months.

Besides, I bought several skillbooks around freighters and capitals and some more expensive ships. So I should have more ISK, but I was too lazy and wasteful.

In faction warfare, everything is almost the same, as last time. I have flown some times with my alliance mates and really had fun with the Drunken Thrasher Fleets (TTT ;) ).
The only thing, that make me sad, is the change of some of my old corpmates to another corp in the alliance, but I can totally understand why. Maybe I will change also in near future, but again. I need more time to play. I don’t want to be an inactive member at a corporation like this.

An important thing grown on some experiences in the family in last days: If you have problems and need to talk about it. If you think, there’s no reason to live. If you see no solution or whatever distress you have:
Don’t hesitate to broadcast4reps. I can’t say this hard enough. You’re not alone. There people that have a good word for you. They’re listening.  They try to help. No matter what.

We are a great community. And Eve would be nothing without this community. It’s the heart and the soul. All the gaming shenanigans are nice and super fun. But the community behind them is, what keeps me playing.

Conclusion for this entry: I will try to participate more at the alliance fleets (and eve in general). I plan to fly to the EVE Fanfest 2017. I need to figure out, how to combine my highsec and my lowsec activities. And last but not least: broadcast4reps, if you need help!